JUST A LITTLE STORY OF A COMPANIONSHIP WITH MAN AND WOMEN’S BEST FRIEND.

I had bought a milk run 1962, location; AVALON BEACH, Northern Beaches, Sydney, this story commences in the first weeks, a friend came into my life, and he was fairly young. He would meet me at the top of the Golf Course at Avalon, (Barrenjoey Road). He became my constant companion. He would ride in the milk truck, but don’t tell anybody for he was an Australian Kelpie.

ME DOG PANCHO, PANCHO ME DOG.

What possessed me, this is midnight and blowin’, I’m all-alone in me old ‘J’ van so let the repartee start flowin’.

Yes, I am all alone, but not for long, because a ‘creature’ slides out from the gloom, its tail is wagging big time.

He’s brown and black, his nose is wet, “Pancho is me name”, he says, “and you and me will have a goodtime”.

For two years me Kelpie dog and me, our clients we would call on.

All over Avalon we wandered,

I must tell you that I never knew Pancho’s parents nor from whence he came, he really was not Pancho, it’s the name we agreed on, early in the game.

God we did some good stuff, him and me whiled away the time and more, we shared my sangers, drank ‘our’ ice cream mix, told stories by the score.

We can relate the six black ghosts trotting down Avalon Parade, All in black, back packs on and out of the windy night they came.

Can you forget how calamitous you were, barkin’, fretful was your go, Pancho what’s your game.

These six young Commando blokes are on a mission, “you guys are sworn by word, you and Pancho will say naught, or you will get the sword”.

So We sit in the gutter and share some milk, you, and me, and the six young blokes discuss the plan before Torpedo Base their bound.

Never saw those boys again, but they carried out the mission, did they end up in a war torn place, if they did their safety, that’s all we ever ask.

Pancho wore down his pads, me, well I wore out me VOLLEYS. But they served me well, Pancho used to greet me nightly his tail wagged, we would have yarn, he cleared his head… me volleys he would smell.

Many nights in Avalon Beach, the peace was rent and bent you see he chased the cats all over, “did you see that dog last night”, well I did, I said, but; “wasn’t it your dog Rover?”

Old buddy you remember when dawn lit up, you became my companion savior.

Became the milkman’s dog, always on your best behavior.

We battled gales and rain, fallen trees, and the bloody Orb Weaving Spider, and this story I must impart.

The bugger bit me, It didn’t kill me, but it slowed me down.

You were concerned, “did it hurt”, well “no old mate, but your concern I know, comes from your doggie heart”.

How about our brand new truck, “we” bought a Ming blue ‘Dattie’, she was all the go.

But “does this mean I can’t ride in front or is she just for show?”

Don’t tell a soul, ‘cause proud as punch we were, promise me will you please, you did ride in front, only problem Pancho I had to put with yer bloody fleas.

Old dog I thanks you for your company, and except for my dear wife Shirley you were my dearest friend, the times we had, the stuff we did, why God did it have to end?

Got crook, good things have to end, had to sell the “run”, you went home to I know not where, I loves you still, Pancho me mate, thanks old dog, you were this milkman’s God send.

Oh, one last section to this yarn and good things come from bad.

You adopted the young ‘new man’ but I could tell, it was me and you, and, was I the best milkman that you ever had?

THIS IS THE SHORT STORY, PANCHO AND ME RELATES MORE STORIES, © john d farley 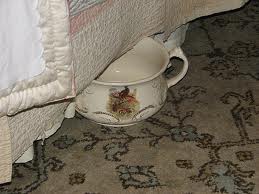 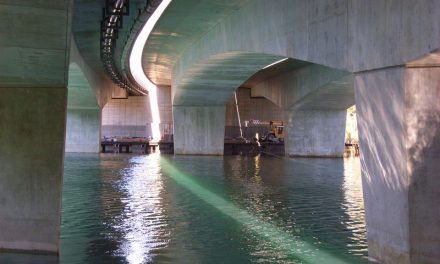 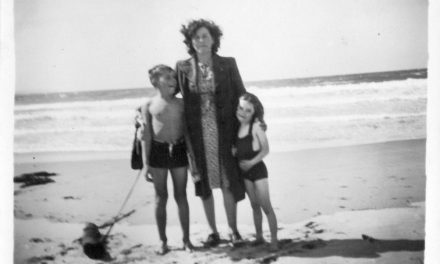 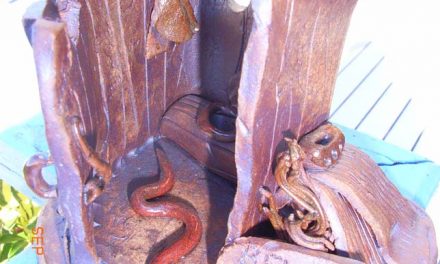